There has been a fair amount of whining in the Bay Area over how cool it has been this summer. Starting this last Monday though, all the whining was from people that didn't have air conditioning. It got hot. 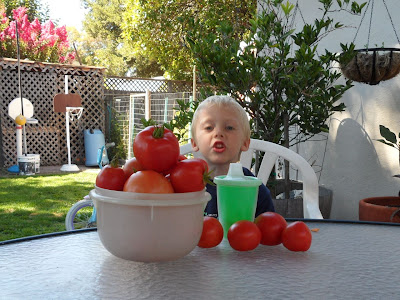 First, Sunday was Tomato Picking Day. Even with the cool weather, our tomato plants have been producing. Here Riley is sitting in front of the day's bounty. Riley won't eat tomatoes, but loves the thrill of the hunt. 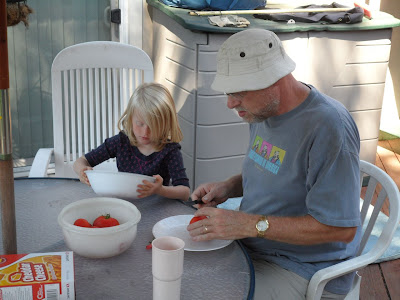 Darci and I went to work making salsa. We made two versions: mild for Darci and not so mild for the rest of us. If Darci looks stressed and harried, it's because she knows what happens on Monday. 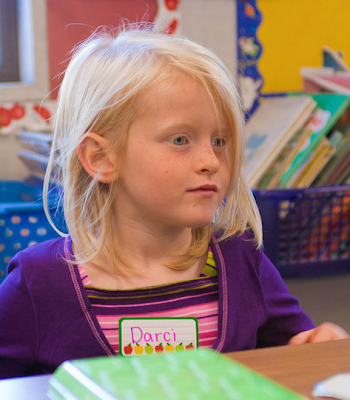 Yes, the Giants play the Reds. Oh, and it's the first day of First Grade for her. Here she is at her desk, looking for weaknesses in her teacher. (And I was kidding about being stressed about school - she was so ready for this day.) 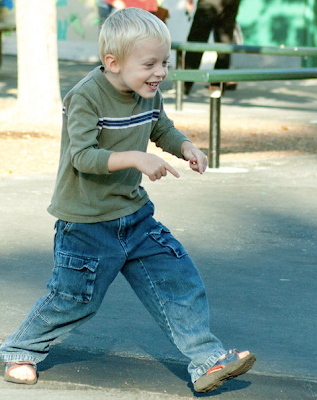 And Riley did his "happy dance" on the playground since this meant he was going to get to play with Darci's toys while she was busy memorizing math cards. 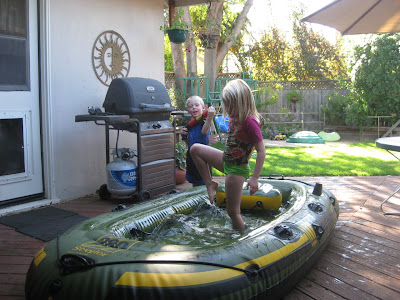 After school, it was time to cool off in the "pool." I'm not exactly sure what Darci is doing here - yoga? synchronized swimming? - but I'm pretty sure she should be paying more attention to Riley. 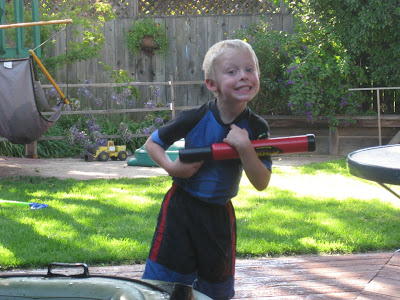 Does that look like the face of someone that can be trusted with a loaded Super Soaker?

Don't believe him if he swears he won't squirt you. Oh, he'll say he was trying to hit a bug and you just got in the way. And then he'll smile at you. 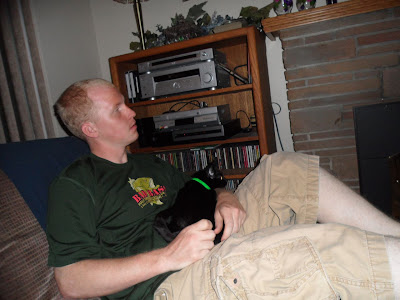 Now here's an honest face. And The Boy's isn't too bad either. The Boy has started back at his automotive classes again, this time focussing on drivetrains. Although there is also a lot of focus on getting used to waking up really early again after a summer of mostly sleeping in.

PS: The heat wave lasted three days. We are now back to scraping frost off the windshield in the morning. Figuratively speaking.
Posted by notthatlucas at 8:59 PM

The kids are looking so beautiful. Tomatoes too. The Boy looks lethal with that assault rifle.

Great photos and yes, the kids are looking adorable. As is Skittles (or I forgot his new name). The tomatoes are impressive, ours are green.

Love the photos that boy can be so mischevious and I love that you captured it so well.