Doing the Bay Area in a day

Rehtaeh and Nevar (not their real names) flew out from Ohio on Thursday. Even better, Weird Haired Mom made it back to town. Unfortunately, everyone arrived too late and too tired to squeeze in a quick sightseeing trip to Alcatraz or the Trees of Mystery. So the clock started on the fun part of the trip Friday morning. 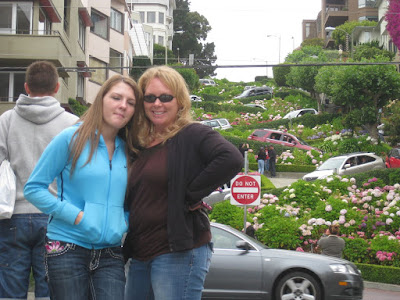 While I went to work, Mrs Notthat was the tour guide as they headed up to San Francisco for the day. Lombard Street was visited. 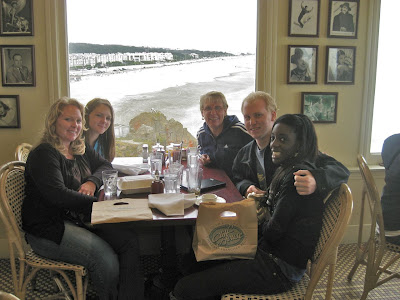 Lunch was eaten at the world famous Cliff House. (I'm not sure how much they had to tip to get that window seat, but it was probably worth it.) 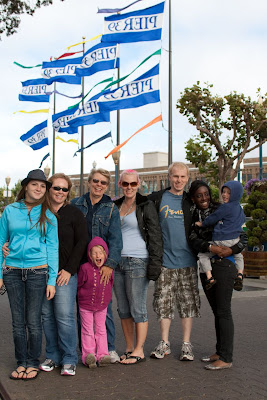 In the afternoon, WHM, Needs Cool Name, and the grandkids joined the others at Pier 39. Note that everyone has a jacket on. Note that the flags are all sticking out straight (and that somebody managed to hang them all backwards). Yes - this is a typical summer day in San Francisco - probably thirty degrees cooler than it was in Ohio. 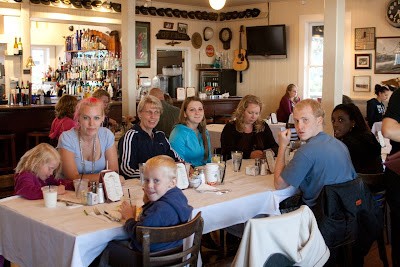 Here the group is eating dinner at a McDonalds.

And that pretty much finished off Friday. Saturday morning was spent doing our best not to get lost on the trails of Lake Chabot while eating as many cookies and ice cream bars as possible. And we all got medals to prove it. 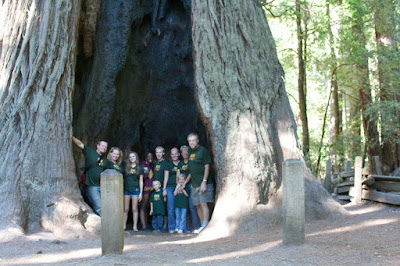 After we cleaned up a bit, we drove the absurdly windy roads to Big Basin State Park and all stood in a tree. Note that all of us are wearing our Bad Bass race t-shirts. People tended to give us a wide berth as we wandered around the redwood trees. 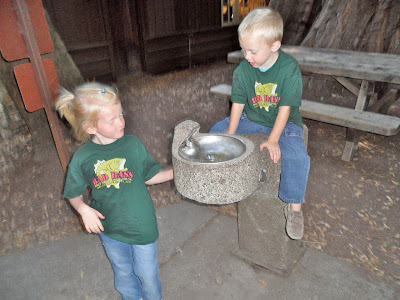 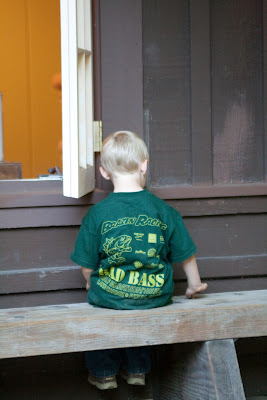 And then put himself on timeout. 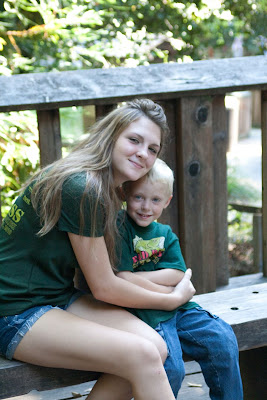 But then cousin Nevar rescued him with a hug. 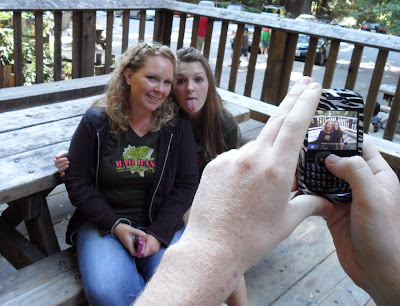 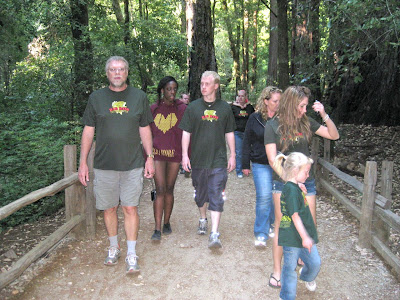 As if we hadn't done enough walking, we all headed out on the Redwood Trail. 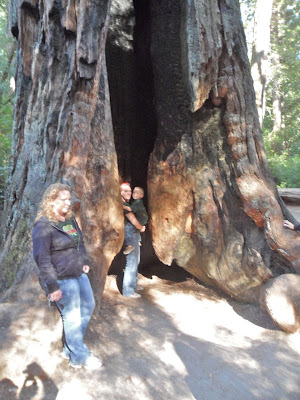 We found another tree we could stand in. Not all at once, but still it was pretty cool. 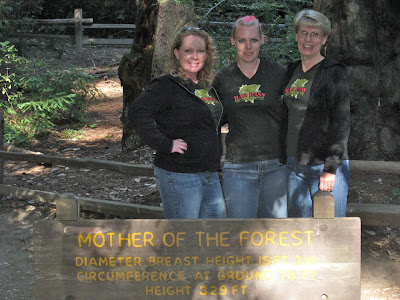 Once we were satisfied that we had seen a lot of redwood trees, most of the group headed to the Great Mall for some Shopping Opportunities. The lucky ones, which included me, had a nice pasta dinner and headed home. 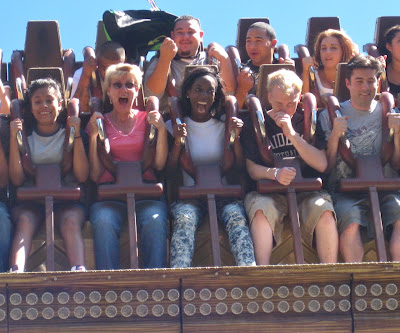 Sunday was spent at Six Flags Marine World Africa USA. (Not by me, however. This blog is not allowed in most theme parks. I mean, why "Six Flags?" Shouldn't there be at least a dozen of them by now?)

In any case, in this picture you can see Mrs Notthat and Irbua making everyone around them deaf while The Boy ponders what flavor of milk shake would go best with the burger he will be getting later. 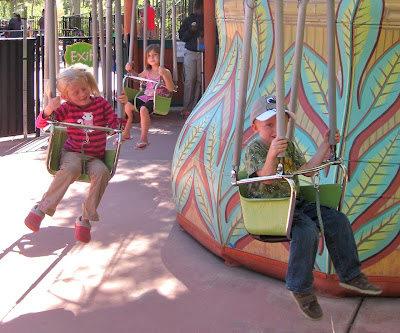 Meanwhile, Darci and Riley chose to ride a much more sane ride. 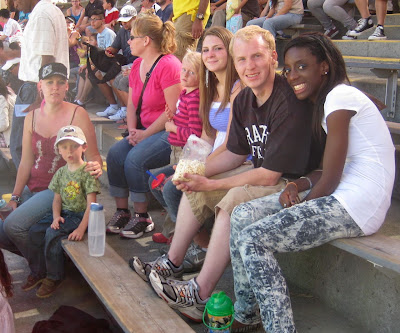 Here the group is waiting for the killer whale show to start. (I'm pretty sure no whales were actually killed. Lots of little fish did not have a good day, however.) And fittingly we wrap it all up at a restaurant. I believe this is a Denny's. Really.

And that was about it. Three action packed days followed by an absurdly early flight back out to Ohio. It was a blast having a couple cousins out to visit. Even better, they both said that they want to come back and spend more time.

There's still Alcatraz and the Trees of Mystery.

It's a lot of fun to show family from the Midwest what the real world looks like. We have a similar tour coming up in a week or two - ours always involves driving to Point Bonita Lighthouse in the Marin Headlands, but usually eats those same fabulous popovers at Cliff House.